Wow. So many feelings as I write this update.  Relieved, thankful, hopeful, scared, exhausted.  So much has happened in the past day it’s hard to even know where to start.

The BEST news first … surgery was a success!  We arrived at 6:40 yesterday, anesthesia started at 8:00, the operation officially started around 10:00 and ended about 5:30, we were reunited with Robert aka Captain America (see cast) in post-op around 7:15, and admitted to our room around 9:00.  Needless to say it was a long day.  Most importantly, the doctors were very pleased with how everything went.  The bulk of the procedure was  spent re-building his hips — grafting bone from his pelvis to build properly formed hips, clearing out all of the Morquio “garbage” that was built up in his hips, and inserting hardware.  They then inserted screws in his knees and a pin in each ankle to straighten them out.  (If you are one for x-rays … you can see in the photos I attached a before & after view.  The before photo shows with red arrows where he doesn’t have hips that form so the legs stick out of the socket.  The after photo shows the new grafted hip bone and properly built hips!  It’s AMAZING!)

After a rough couple of hours coming out of anesthesia, Robert was able to get some rest last night.  Though he was NOT happy about his darn spica cast. I can’t blame him.  In fact the words, “Mom, I am mad at you for doing this to me” came out last night.  Ugh.  I’m mad too sweetheart.  It’s going to be a long 6 weeks in this cast but I’ve learned from the doctors and other Morquio moms that once the swelling goes down it will be less tight and will get “better.”  The doctors and nurses have his pain well managed, so very thankful for that.

Today has been a rotating door of people coming to check on Robert.  I’ll keep it short … it’s been hard but Robert really has been amazing considering he just had major surgery.  He has been able to watch lots of Marvel movies in between all of the poking and prodding.  And we’ve had a few glimmers of our Robert’s personality.  PT was able to move him to a wheelchair for a spin around the floor — that was a lot of effort but he was a trooper and had minimal tears.  We’re all set-up with a wheelchair that will come home with us.  The highlight of the day was FaceTiming with big Sis 🙂  And a good friend from college came with food and a much needed hug … our village continues to carry us through this.

Thank you for the continued prayers and messages.  Please keep them coming.  We are really hoping to be discharged on Saturday but need Robert to start eating and drinking.  And need his hemoglobin levels to improve … it is apparently common to be low after major surgery so the doctors aren’t too worried but will need it to increase when they re-check tomorrow morning.  And Mom wants the swelling to improve, I hate seeing his puffy little hands, feet, and beautiful face (but the doctors reassured me the swelling will impove soon).

Please continue to “Root for Robert” and all of the other courageous Morquio families that have walked this path and are taking on other surgeries that come with this terrible disease. 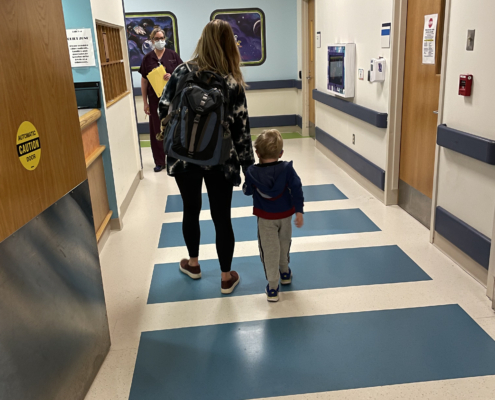 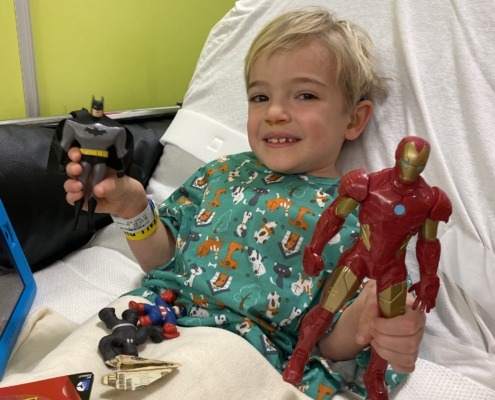 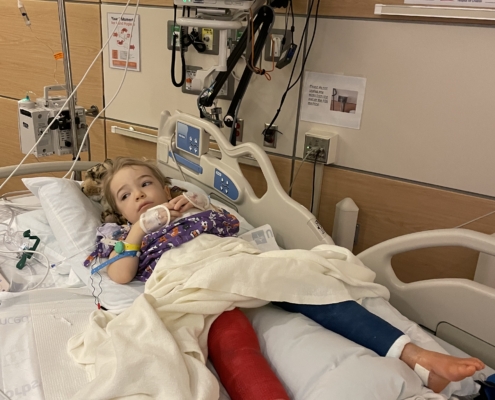 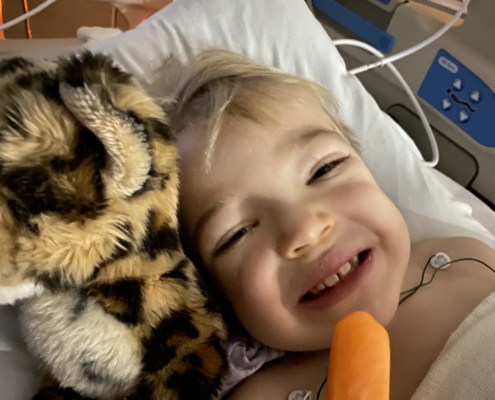 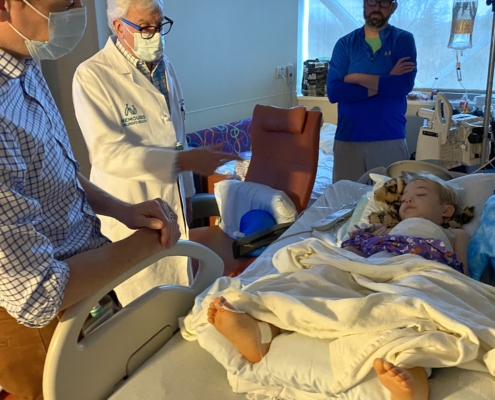 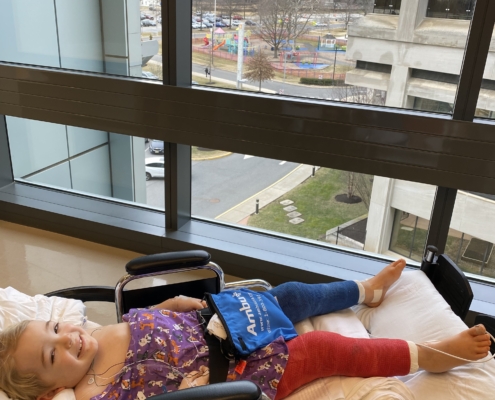 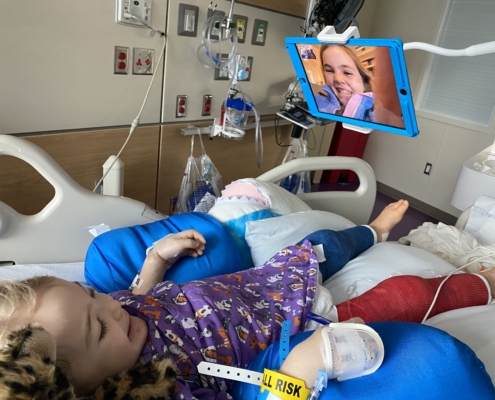 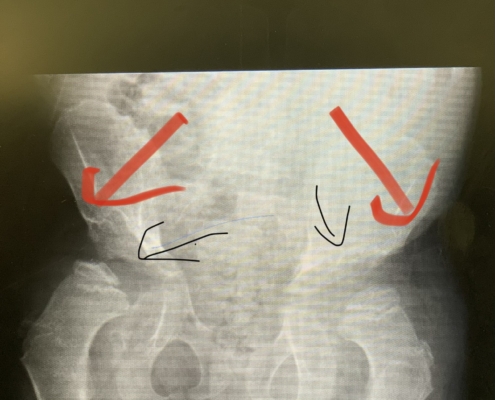 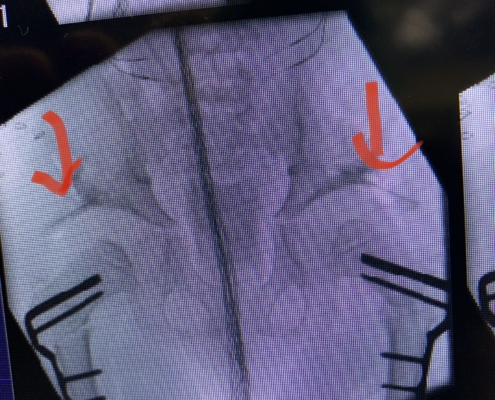 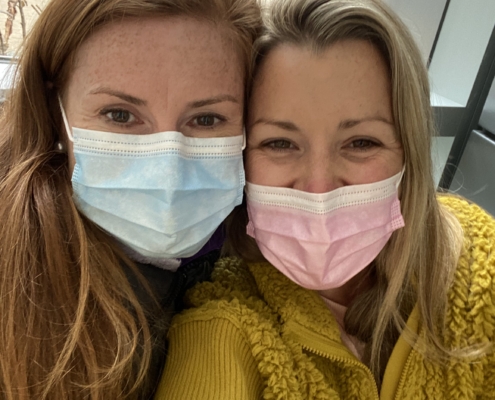 Another long day …
Scroll to top