It’s been another tough day, but I think we’re finally moving in the right direction.

For about 24 hours Robert was incredibly uncomfortable, irritable, and not the Robert we know and love.  Every time Bobby and I thought we had him situated (with the incredibly heavy and restrictive cast) he would be crying, angry, and asking to be moved again.  Frustrating and hard for all three of us.

If you read the update yesterday, you saw that Robert’s hemoglobin levels were low and they were going to re-check this morning. Unfortunately they were a bit worse than yesterday.  Dr. Mackenzie told us that his irritable behavior was very common when your body does not feel good from being anemic and is having to work in overdrive.  His skin was very pale and his heart rate was higher than they want to see – more signs that he needed blood.  So, they ordered a 3-hour blood transfusion.  While I know blood transfusions are used all the time medically, it was scary to hear this was something he needed.

We sat patiently for 3 hours while he received blood through his IV and they regularly checked vitals to ensure he didn’t have a negative reaction.  Thankfully Robert slept for most of it with no reactions.  And sure enough, just like Dr. M said we could expect, a few hours post transfusion he was starting to perk up.  His skin color is improving, his heart rate is decreasing, his irritability is improving (hallelujah), and he ate his first meal (grilled cheese, buttered noodles and veggie straws).  I think we’re finally turning a corner.

Thank you for the continued prayers and messages.  While we won’t be discharged tomorrow, like we’d hoped, I am praying Robert can have another day to improve and that his bloodwork in the morning confirms the transfusion worked. 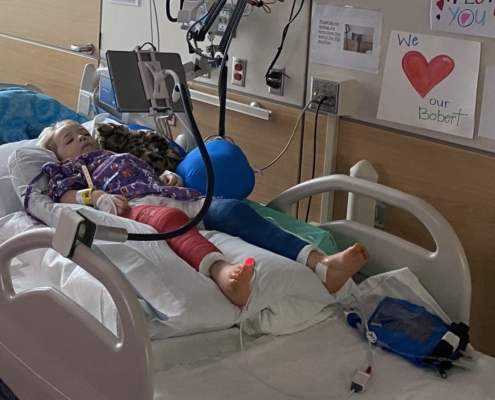 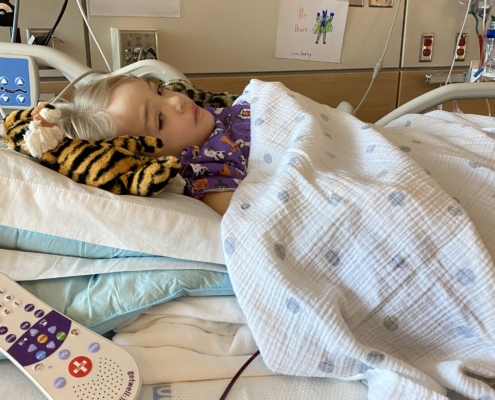 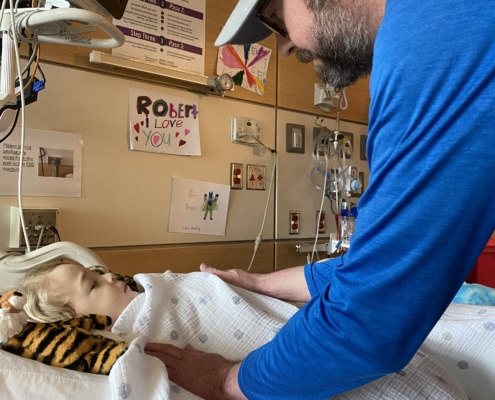 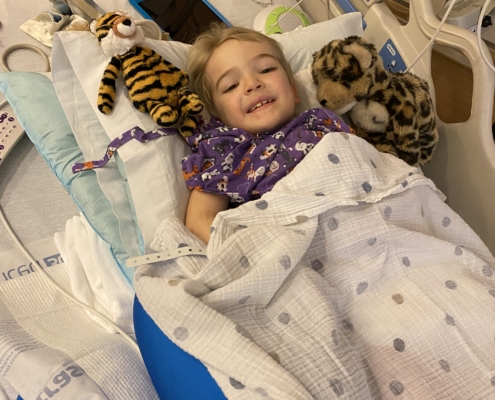 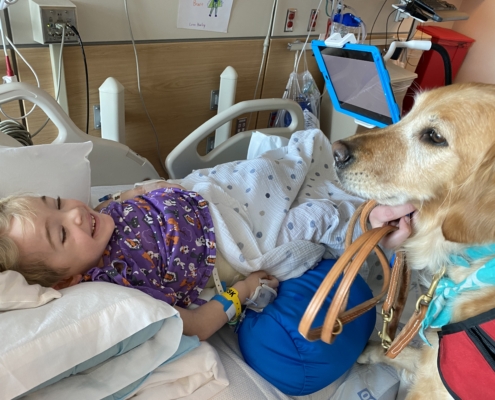