Robert never ceases to amaze me.   I’ve been anxious about this week for months, even years, and when I took one look at Robert confidently walking into Nemours today all of my nerves went away.  He was an absolute rockstar today … only shed a couple tears at the very end of the day for lab work.

When we arrived at Nemours today at 9:00am we walked past the playground and Robert immediately said, “I remember that playground, it was closed when we were here for my neck.  Can we play today?!”  Such a good memory – it was closed last time due to the beginning of COVID – and I was so happy to tell him he could play today.  He was in his neck brace last visit and I was a nervous wreck about playgrounds.  Thanks to Dr. Mackenzie & Dr. Campbell’s cervical fusion, he can play as much as he would like on the playground and is completely safe!

Robert’s first appointment was x-rays.  It felt like they did x-rays of pretty much the entire body today.  His first round was standing in his favorite machine that he likes to pretend is a space shuttle!  He even showed off some dance moves in between pictures.  He then did x-rays laying down and some sitting.  I always love when he smiles for the camera during the x-rays 🙂 Such a ham!

We then met with Dr. William Mackenzie who will be performing his hip & leg surgery on Wednesday with his son Dr. Stuart Mackenzie.  Dr. Mackenzie is absolutely wonderful – not only is he brilliant at what he does, he is amazing with kids, and calms any worries we may have.  He showed us Robert’s x-rays and walked us through the procedure he’ll be doing this week.  While I am still dreading Wednesday, I am so thankful to know Robert will be in the best hands possible.  Dr. Mackenzie looked at his kyphosis in his back and talked about a few other things we’ll be watching over the coming years … I had to tune out a bit during this part and let Bobby listen.  I can’t let myself go to what else this sweet boy may have to endure down the road.  Praying this will be the last surgery for a good while.

We then walked through the halls to the next appointment … gait analysis.  I was worried we were nearing lunchtime at this point and Robert might lose steam for this 1 hour assessment.  Of course he did great … with a few breaks for popcorn and goldfish.  The technology they used to video his walk/run was amazing … and they even let Robert have a little fun with it at the end.  He showed off some more dance moves while his “video game character” moved on the screen as he moved.  They will re-assess his gait 1 year post surgery to see how it has improved.  While he is so strong and doesn’t use any assistance to walk everyday, watching him walk during this analysis (and seeing his x-rays) reminded me just how much his legs need to be fixed.

We grabbed a very quick lunch and came back for lab work.  He was skeptical when he heard the word blood.  I reminded him we did this for his neck surgery but he wasn’t convinced.  He shed some tears when they put the tight band around his arm but then didn’t make a peep when drawing the blood.  And, that was a wrap!  Total rockstar.

We walked out and immediately went to the playground!

Let’s hope Day 2 of appointments goes as smoothly as today. 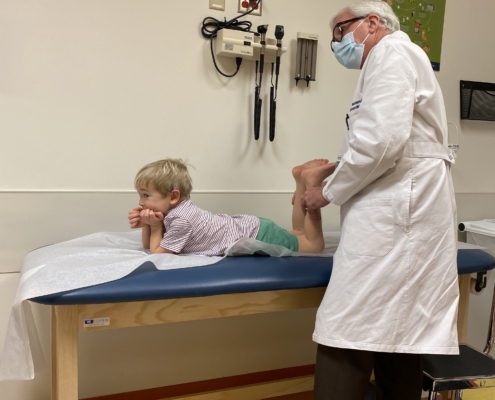 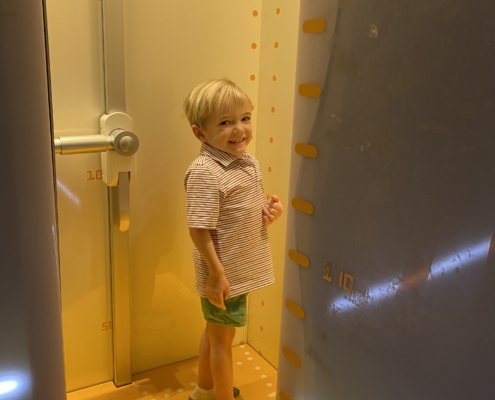 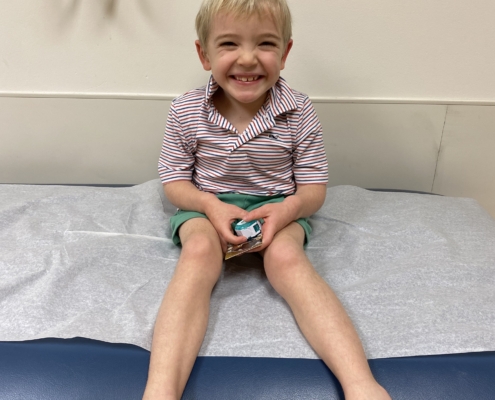 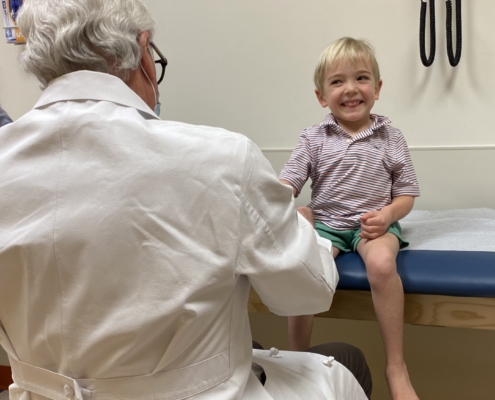 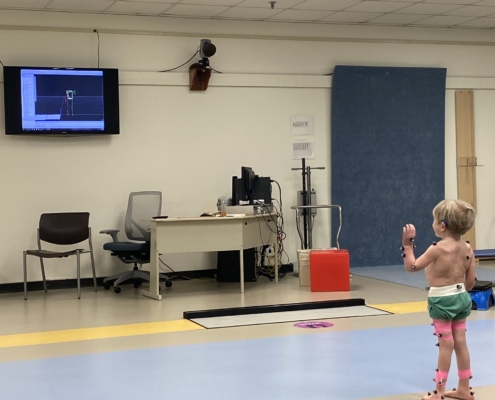 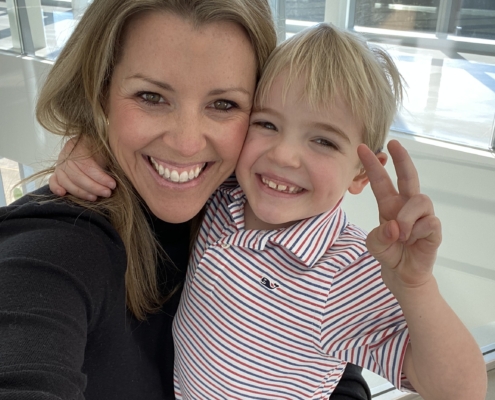 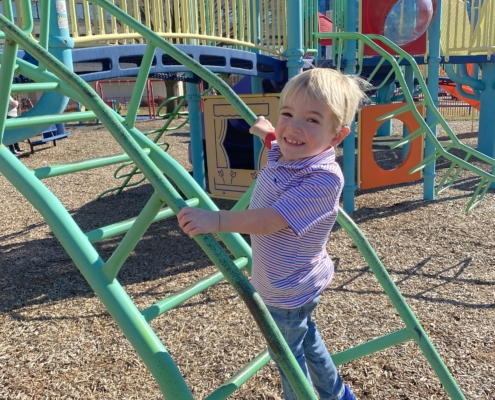 Donate Now
Ready to take on the week!

Tomorrow is the big day
Scroll to top