Home > Blog > What a difference a week makes!

What a difference a week makes!

Robert’s last day of in-person school was February 18 – the Friday before his surgery. I drove home from school that day in tears. I knew how much Robert’s normal day-to-day life was about to be flipped upside down.  The doctor prepared us for Robert to not be attending school again until next Fall.  It broke my heart thinking how much he would miss it, how much Anna would miss seeing him at school, and how much I would miss hearing about all of his fun with friends everyday.  But, it had to be done, so we would do the best we could in the coming months.  I was so thankful for all of his school buddies and teachers visiting while in his cast.  It wasn’t school, but our village did all they could to be sure Robert didn’t miss a beat.

Well, who would have known that just 7 days after his cast removal, Robert would be so brave and tell me he wanted to go to school!  He can’t yet walk so knew he’d be going in his wheelchair, but that didn’t deter him.  He is able to tolerate sitting in a chair for short periods of time, so we thought we’d give it a try for just an hour (so thankful for the BEST teachers and school for doing everything possible to make school happen for him).  Just 7 days ago Robert was so scared to move, he wasn’t able to sit up, and his little body was in a lot of pain … and today he was back in the school hallways!  When we walked into school I could feel myself take a full breath.  There is light at the end of this very long tunnel.  Seeing all of the smiling teachers and excited friends was absolutely life giving, for both of us.

While Robert is still in pain as I move him, he didn’t make a peep in front of his friends.  I moved him to his class chair and he said “I’m finally back at the pink table!”  He picked up the dice and started with the math game … it was as though he was there yesterday.  I sat in the parking lot in case the teachers needed me and shed so many happy tears.

This afternoon we went to Robert’s first PT appointment back in Louisville.  I was hopeful Robert would hit it off with the therapist and she was wonderful!  She was very impressed with how he is doing considering the extent of the surgery.  Of course she hadn’t heard of Morquio Syndrome, so she had done some internet research, and we spent some time discussing the disease (always hard to share, despite how many times I explain it).  Robert will do PT 4 times a week – skipping treatment days and weekends.

Whew … so many “steps” forward today.  We’re now praying that Robert continues to strengthen and his pain lessens for him to bravely take on some more independent steps with his walker.  I know it will happen when he’s ready.  One day at a time.  Thank you for continuing to Root for Robert. 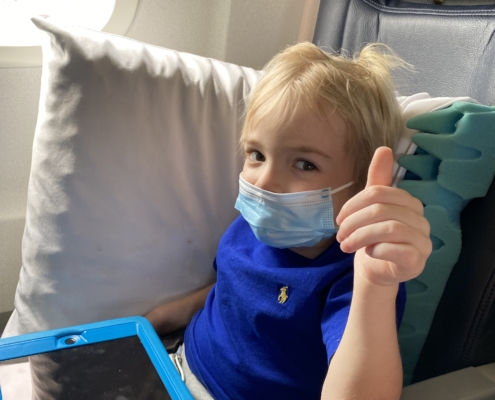 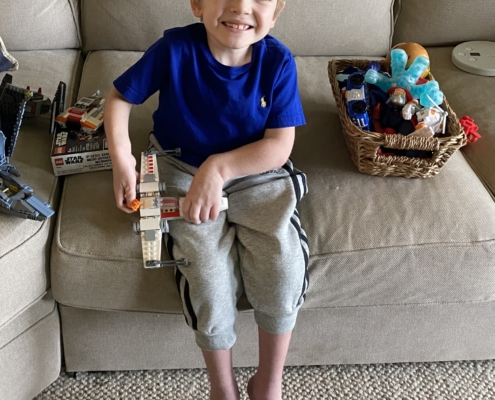 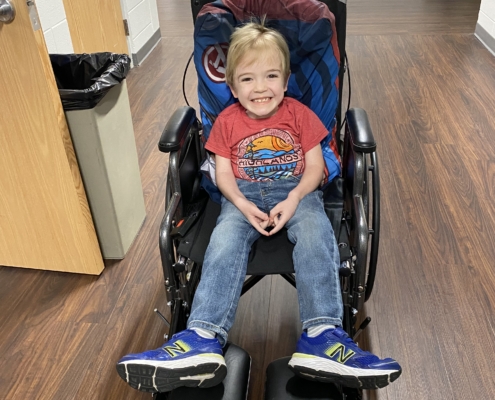 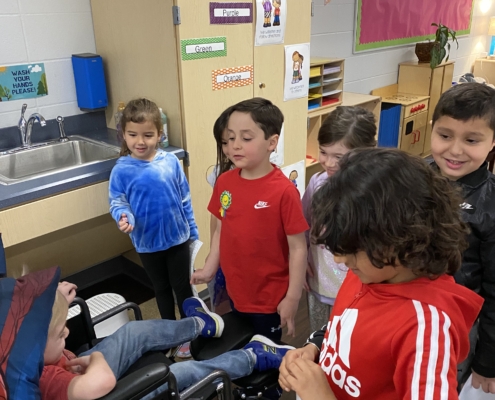 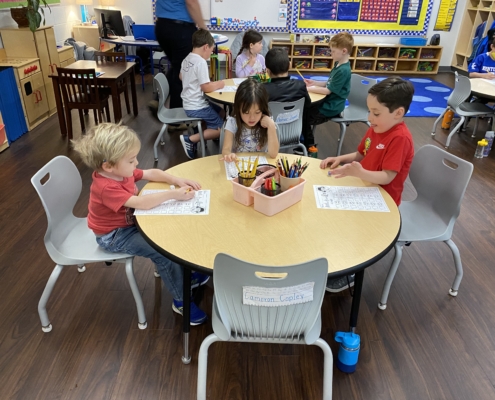 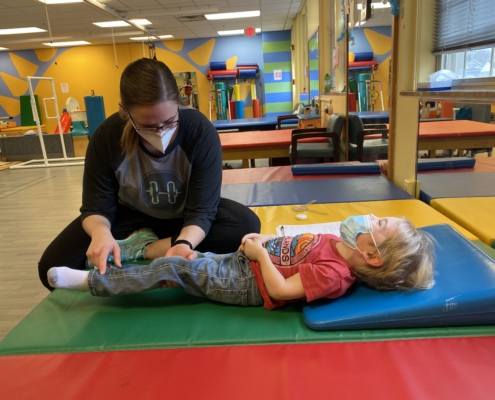 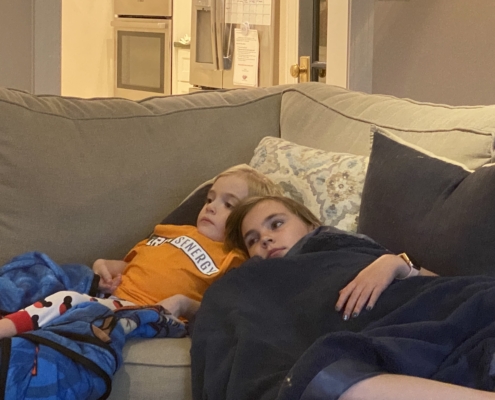 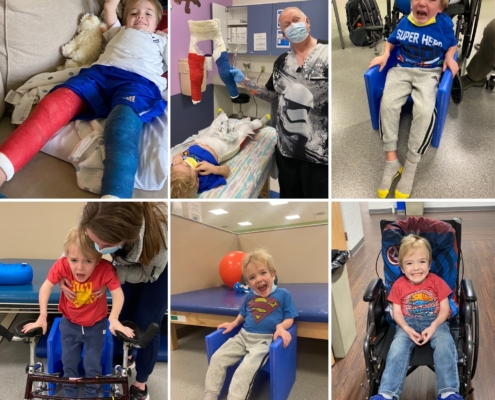